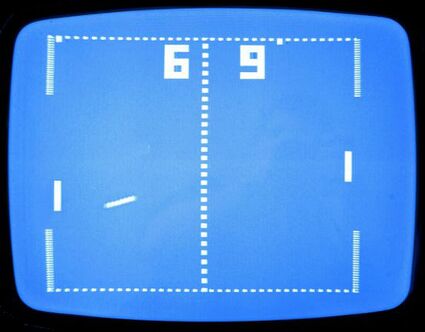 Can a game have game?

Philosophers and gamers have been asking this question since the dawn of Pong. They have also been asking about Diet Coke and Mentos, but that is a different question entirely. Meanwhile pigs have been asking the question, "Are we there yet?", also coincidentally asked by some gamers, either seriously or as a mocking commentary on those who do.

This all goes further back to the question of just how gamey games are. Are they just gamey smelling? Or is that just that burger stuck under the couch cushions? Perhaps Your mom would ask that very same question but is just afraid you'll yell at her as usual. Many theorists agree that gaminess actually goes back to gaming the gamer. This is as in your player friend having another friend call you during a game, since you think you can multitask and play the game while talking on the phone, which you damn well know you can't. Meanwhile, the Department of Fish and Game remains oddly silent on the whole matter.