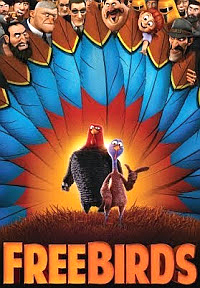 The rare error concert DVD with incorrect title and wrong artwork with Ronnie Van Zant intended to be standing on the left.

Free Bird is the signature song of the band Lynyrd Skynyrd.

It is without a doubt their most requested song. If it were released today, the group would be dismissed as an emo band and they would have broken up over it or faded into obscurity within a year. In fact, the band seems to have tired of it and has been looking for ways to stop the many requests for it. So, in concert, they have resorted to the familiar ways of all Southern rock bands, the extended jam with several obligatory solos. The album version of Free Bird was over 9 minutes long, but in concert, they did versions up to 14 minutes long. This only led to more requests, this time for the live version as a recording. They then decided to start playing the song at the beginning of a concert and not stop until 72 hours later, often asking for volunteers to come up on stage and do solos. Beds are placed on stage for band members and a drum machine often takes over about the 10th hour into the set until about the 70th hour. Fans will bring cases of lighters to use during the song.