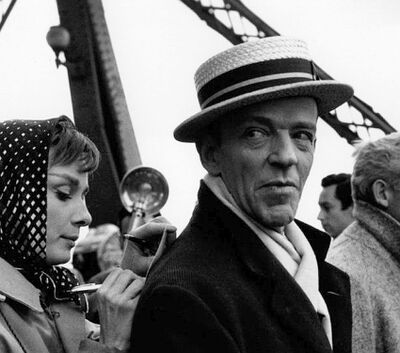 Frequently challenged in public, Fred A. Stare never backed down and easily defeated them. Here, his over-the-shoulder side-eye technique remains a classic in world-class staring.

Inspired by his movie hero Buster Keaton, he was always good at staring as a child. The future champion was also skilled at sticking his tongue out just as people had to look away. He beat all the neighborhood children as well as most of the adults in his hometown. The young Fred then went on to truly test himself by outstaring catatonics. He passed the ultimate test before age 21 by regularly making his own mirror reflection turn away or blink before he did.

Born Frederick Albert Flintstone, he confidently changed his name when he turned professional. He then joined the worldwide staring competition circuit at the highest level. While discounted as just another rude American, Fred A. Stare proved his abilities over and over. He became famous for his stony stare where there was never even a quiver of an eyelid. His 12 hour and 35 minute battle with Marty Feldman remains a classic, especially when the latter was actually asleep with his eyes open for an estimated 6 hours. Fred A. Stare remained unbeaten and untied for 30 years until he mysteriously retired just before meeting a new opponent who would later become world staring champion going by the name of "Cyclops".