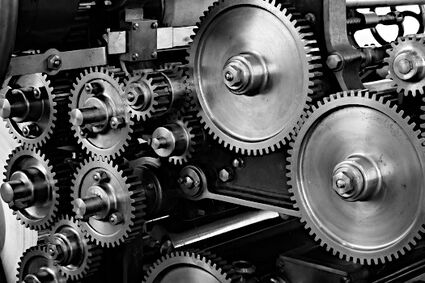 A fidget spinner is a device used to reduce stress. Or so they say.

Making a big splash in 2017, as the name says, they are handheld spinning gizmos usually built around a ball bearing. The "fidget" part comes from the actions of a presenter during a corporate meeting where everyone else is playing with their fidget spinners. It says a lot about the people who invent such things as much it does about fidget spinner users. So yes, it is the end of the world as we know it.

Whether it is something to reduce stress is questionable. It certainly causes stress in the people sitting next to its users. It might be a good substitute for standard kid behavior of kicking the back of your airplane seat for hours and hours. It does prove to be a distraction when someone has gotten sick of your spinning and is trying to put their rifle scope on you.

It might be a real danger to those with OCD, some of whom have been playing with a fidget spinner since 2017. So, if you know someone like that, do them a favor and stop them. Then, start them chanting "One, two, three, wallaby!!!" It won't really help them, but it might prove entertaining for the next few years.