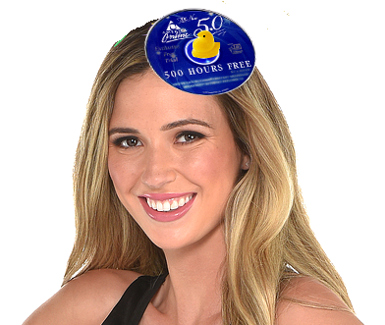 I bet you wondered where all those things went. Now you know.

Fascinators are things that women stick on their heads.

Famed inventor Alexander Graham Cracker noticed his daughter's obsession of bats becoming entangled in her hair when he had her locked in a cage full of bats during his time travel expriments. This was even though it was well known at the time that spider eggs would immediately hatch out and chase off any bats attempting to land in someone's hair. Nonetheless, Cracker developed what he called a fascinator, a bright and asymmetrical device attached to the head to prevent bats from landing. It worked like a charm and has been an important accessory for women ever since.

Fascinators would then be clipped into the hair. However, curious eagles and pterodactyls would swoop in and easily steal them. Even a strong breeze could cause a $1000 fascinator to come loose, creating an instant fashion felon. Therefore, fascinators are now bolted into women's skulls, with fashionistas having swivel hooks or snaps to be able to freely change the headpieces. Women of Britain's royal family favor molly bolts to attach them. Meanwhile, wearers at the Ascot horse races and other yearly events that attract hordes of bats use a simple railroad spike hammered into the head.