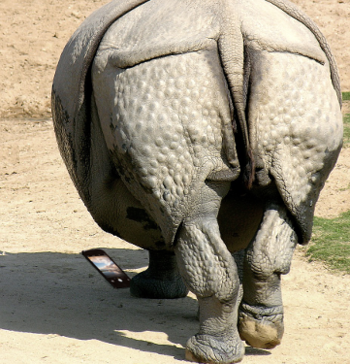 FOMO, or Fear Of Missing Out, is a phenomenon that keeps you glued to your phone even while you sleep. Those new memes last about just ten minutes nowadays so you can't not miss one of those. Plus you might have gotten another Like on one of your social media accounts frome someone on the other side of the world who hit the wrong button. Or a friend might be calling you, so you can check the number and blow them off. That's because you are entirely TOO BUSY to interact with humans or care. Unless it's to be a troll.

It's not like you will ever miss anything inportant, because that could happen all the time. Why? Because your average attention span is less than that of a goldfish, about 7 seconds. Now, at least a goldfish can remember enough to do simple tasks, but you can't. So you're going to have to be careful about whatever what we were talking about. By the way, did you hear that someone crashed jets into the World Trade Center? Yup, that's news to me, too. I tried to Google it and what?

So, just because you are not up on the very latest, it isn't a bad thing. It just means you are a BIG FAT UGLY LOSER that doesn't have two double screen phones.