Eidetic memory is what most people refer to as photographic memory. 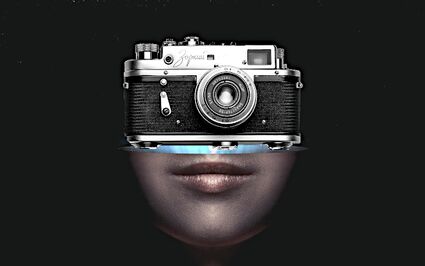 Most people are better at remembering visual images than other stuff like their names and addresses. But those with eidetic memory can accurately remember images in great detail. But just how accurate are they and for how long? No one will ever know now since everyone's attention span today is only about 8-9 seconds and scientists keep losing track o

After their success in proving the Earth is flat and only 800 years old, deniers have attacked the concept of eidetic memory as being completely fake. Their critics note that deniers are people who are scared by the strange person seen in the mirror every morning. While that is true, deniers point out that cheaters have everything from Google images tattooed on the inside of their eyelids. They also say that other memorization techniques could be used to fake eidetic memory. This is considered cheating since squirrels and crows do not have eidetic memory but instead spend thousands of dollars on memory courses so they can find food they have hidden away months earlier. Worst of all, it is charged that trained midges are used to form answers during memory testing.

Nonetheless, there are reported people with superior memories, whether based on eidetic memories alone or combined with memorization techniques. There are people that can accurately remember minute details thorughout their entire lives. But this is just a version of OCD or narcissism and they usually can't remember what they had for that meal you have in the morning, whatever that's called. There are also savants, typically autistic people who can't take care of themselves otherwise, with proven accurate long-term memory. Of course, they will be eventually hunted down and burned as witches as is normally done.