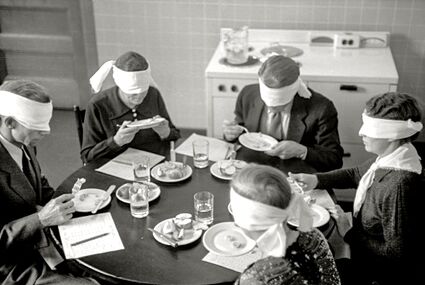 Dread Pirate Roberts wannabes ingest small amounts of iocaine powder to build up their tolerance to the poison. This group failed the DPR mask test for not making eyeholes. Only the woman nearest the camera was allowed to advance to the next level due to her neatly tied look.

The Dread Pirate Roberts is a dreaded pirate with the last name Roberts. Really, that has to be abundantly clear. What do you mean, "no"?

But if you didn't fall asleep during the movie* or are NOT a goldfish who has forgotten, you are well aware that the Dread Pirate Roberts (aka DPR) is actually a series of individuals that assumed the name after the original retired. Further, the pseudonym is actually a sockpuppet username of the original, a well-known eBayer back in the day.

That person, whoever or whatever he/she/it was, accumulated too many negatives and was kicked off eBay. That's pretty common for sellers of CDs who are always pwned by kids for the lulz. In their infinite wisdom, eBay dumps the vendors involved and not the fake non-buyers, much preferring to be the marketplace for truly professional thieves selling stolen goods and committing fraud on eBay. In revenge, the original Dread Pirate Roberts started up the ripoff file-sharing site Pirate Bay. At the same time, he/she/it started Silk Road on the Dark Web. The money earned was used to finance the Pirates of the Caribbean film franchise.