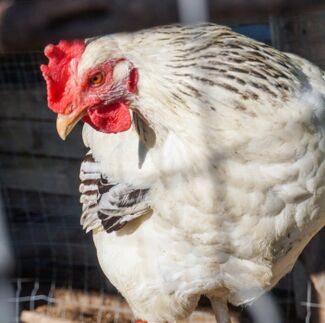 The Dozens are named for chickens that lay 12 eggs at a time while sticking it to The Man with rhymed clucks.

“Yo mama be so fat, she leaks gravy.”

“Oh yeah? Well, yo mama be so morbidly obese she leaks gravity and sucked yo daddy into a black hole.”

The Dozens is a popular game that anyone can play but only if they are African-American.

In it, two players take turn hurling insults at each other. Verbal creativity is a must. Play continues until someone can't think of a decent insult or draws a weapon and uses it, in which case they lose the game. Black sociologists say the game originated in Africa, while White sociologists say it was created in the US by people too afraid to talk back to their slave masters while having a mouthful of watermelon. Still.

People other than African-Americans usually have a hard time playing the game. For rich Whites, any insult has to be passed through an admin or secretary for grammar and spelling then approved by a committee for grading. For poor Whites, the insult first must be read to the inbred brother locked in the basement and must receive at least a giggle or two before using the insult in The Dozens. For Asians, the insult will be passed on to someone up the food chain, where it will be decided to send out a gangster hit squad or not. Meanwhile, honey badgers will just give you a quizzical look and tear out your throat, which they were going to do anyway.

That weapons part is often why non-African-Americans can't play the game properly. The Dozens were first introduced into Europe in the 1300s. English king Edward III came up with the first all-European Yo Mama cap, but this was misunderstood by Charles V of France, igniting the Hundred Years War. Similar attempts at the game caused the Cold War and more recently, Brexit. Rodney King once asked, "Can't we all get along?" Naturally, the answer is "no", especially when it comes to The Dozens. Or Monopoly.