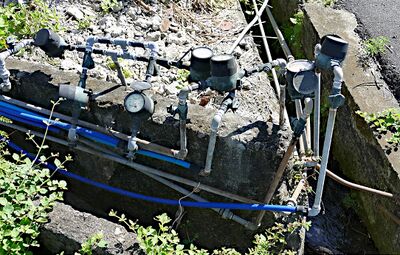 Dominica is yet another small dot in the Caribbean sea. Unless you are a stamp collector or some other flavor of anorak or nerd, you've probably never heard of the place.

Great Britain and France constantly fought over control of the island, then signed a treaty, then went back to fighting each other. It was not until volcanologist Arne Saknussem rose up from the island's famous Boiling Lake, aided by squawking legions of lava-eating parrots, that both colonial powers were finally kicked out. Ruling with an iron hand, Saknussem's need for caffeine forced the population into growing coffee. Bananas, too, as his cruel nature led him to leave banana skins lying around for people to slip on.

Eventually, Saknussem returned to the center of the Earth. This gave Dominica a chance to develop their tourist industry. But when you only have a few small beaches and no large airport, only exceptional swimmers and shipwreck survivors ever visited. Today, making medical instruments has been stated to be one of the major exports, but this has been found to be the manufacture of the Operation kids game. Nonetheless, the game has become a key part of the US medical school curriculum.