The Deep web is a section of the virtual world that is unknown and inaccessible to most humans. 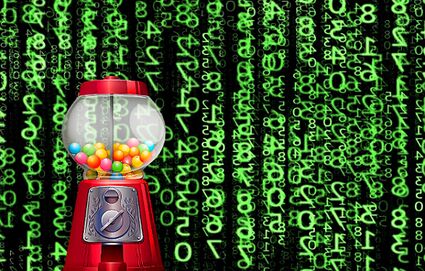 The Dark web is old hat now with even your grandma using it to deal drugs and sell pictures of you taking a bath when you were a little kid. But adventurous types have stumbled into something even more hidden, called the Deep web. Without Google or any other search engine to bombard you with advertising, you have to know exact IP addresses plus a password or two to find anything. Hint: 12345 still works for most sites on the Deep web just like anywhere else. And that's what defines what's in the Deep web, all the stuff that's not picked up by scrapers/web crawlers/spybots because they are easily bored and prefer porn. If you still have nightmares about forgetting your school locker combination, it is somewhere on the Deep web. Just try and find it.

It was thought to have been invented by jellyfish that used to flash fluorescent light signals to communicate with each other. They still run most of the Deep web. So it is now theorized that the Dark matter that makes up most of the universe is actually condensed jellyfish emails, for they are a chatty bunch. Meanwhile, researchers are working hard to try to recover data from crappy websites on AOL Hometown, GeoCities and Tripod.

There are even more levels of virtual stuff, like the Deeper web, the Even Deeper web and the Web So Fucking Deep We'd Have to Kill You If You Ever Found Out How to Get There. There, the machines that rule The Matrix securely store their video game scores and locker combinations.