"...and it was nice place and my friend lives there" ~ Peter Chimaera on Dallas 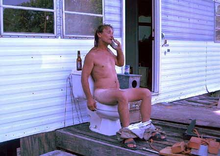 Dallas, the heartland of such attractions of the Dallas Cowboys, the beer gut, and George Bush's bloomers, is now on offer at your local Debenhams.
Debenhams!
DEBENHAMS!
DEBENHAMS!!!!

So what goes on in Dallas?[edit]

A recent survey has concluded that 90% of people in Dallas are actually in fact in the United States. WOAH! This has shocked geographers everywhere, most left wondering what the hellk it's doing there. Attempts to move Dallas out of America proved futile FUTILE futile when no one was able to lift it out of the ground. This, however appeased football fans worldwide when Dallas's substantial girth was successfully linked to the mystery of "OOO ATE ALL THA PIES?" 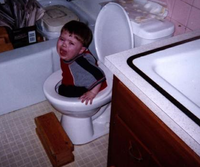 Dallas has many methods of stopping kids like this one from breaching it's walls.

The kind of guys, that use unecesssarily large amounts of gaerish hyped-up "power words" for no reason whatsoever! YEEEEHAW!!!

The kind of guys that educate their children with maces. FOR THE WIN!

The kind of guys that AREN'T ACTUALLY GUYS! "WOAH, THAT DUDE AIN'T A DUDE! AWESOME!

Without them, there would be no "Q" in "America"!

The kind of guys, that utilise whisks in idle conversation. .....WUT?

The kind of guys, that see an article, and are like "sure CAPS lock isn't needed here, but what the hell"

Wait, who am I kidding, this isn't Dallas, this is just some poxy article on a backwards survivalist website.

*pines, scratching at the door to be let back in*[edit]

The scratching is why you are outside.