DOES THIS BUS GO TO ORPINGTON?! The Game 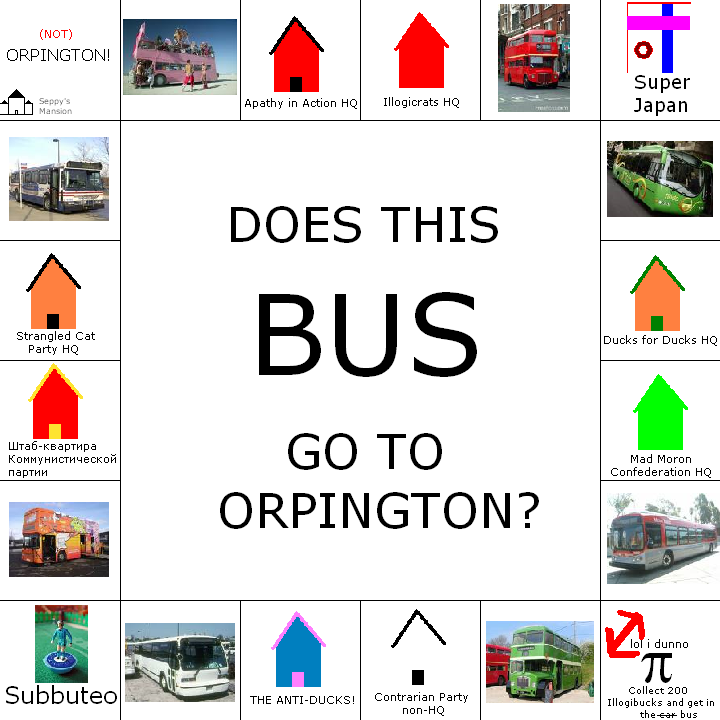 The counters circle the board, eternally looking for a bus to take them to Orpington.

The most shaggable counter, the goat leaves behind a trail of odour.

The second-least shaggable counter, the duck may fly to Orpington, however, for some reason it must find a bus.

The least shaggable counter, the fnurdle is looking for some technology boxes in Orpington.

Barely shaggable, Seppy wields the banhammer with vengeance. He heard there were some vandals on the bus to Orpington who were planning to move his mansion to Crockenhill.

He got lost in the wrong game, now he must find a bus that goes to Orpington! He's probably shaggable, but would you?

It is indeed eeble sonk, but it must get to Orpington by bus! I'd prefer not to mention the shaggability of this one.

Hated by bus drivers everywhere, he's back to get his revenge. Shaggable? I doubt it at the moment.