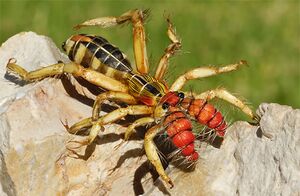 ~ Your mom on DEM JAWZ

OMG LOOK AT DEM JAWZ. They is so huuuuuuge. They look like theys about to eat me! DEM JAWZ gonna wrap me up in they huge tendrils of fury and squizz me until I dies.

BUT U ENT GOT NO LIFE INSURANCE, LOL

DEM JAWZ was invented in 2456 as a contraceptive for furries who like to dress up as sharks while doing whatever it is they do. (i.e. sex). Ok, it's sex. One look at DEM JAWZ and they penises run away and enlist in teh Swiss military.

CAN I HAZ DEM JAWZ[edit] 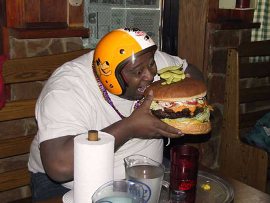 U CAN HAS DIS.

SO I HERD U LIEK DEM JAWZ. But u cant have DEM JAWZ. U can has chizzburger though. DEM JAWZ eat chizzburger and now you has nuthin. Oh well at least u always got pickle.

WHY U GONE PUT UR PICKLEZ ON MAH CHIZZBURGER!1111 Y'al put chizz on mah chizzburger! How many timez i gon tell u chizz is for the orphans who live down by the docks and has to eat discarded CO2 cylinders to pay for theys alimonies and feed they starvin family of inside-out kangaroo rats! Prepare for battle!! Bring out T3h Elefants. Ok, so they're just baby elefants. Which are still pretty big and green. BUT THEY EN'T GOT DEM JAWZ.

I ent got no jawlz. Go look in the pantry. All I see r DEM JEWZ. They're all crouched in the corner playing Scrabble with a unicorn and Chuck Norris. I TINK DEM JEWZ R WINNIN.

OMG ITS DEM JEWZ QUICK GET IN THE CAR!!