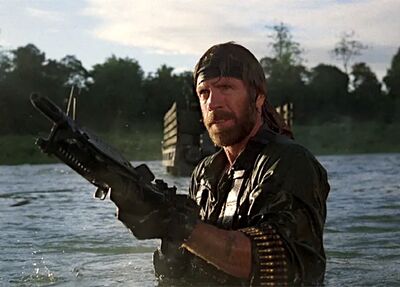 I hate it when you have a perfectly good shot of a jungle river ferry and Chuck Norris pops up out of the water to photobomb you.

Costa Rica is another jungle-y place in Central America.

Everybody there either grows bananas or works in the ecotourism industry. They're pretty much similar jobs, since both require the use of machetes. Workers in both also get THE WHIP. Because tradition.

To provide the maximum jungle experience outside of Disneyland, ecotourists are asked to wear monkey costumes to blend in. This accounts for all the reports of bigfoot in Costa Rica when tourists spot other dressed-up tourists. They should know damn well that bigfoot doesn't go around taking camera phone pictures or lugging around heavy camera bags and telephoto lenses. Meanwhile, real monkeys are good at snatching phones and cameras to sell on the black market. Most people don't care because they got their iPhone really cheap, bought "secondhand" from a monkey on eBay.

Tourists return home raving about the food in Costa Rica. After all, the country has some of the best McDonald's and KFCs around.