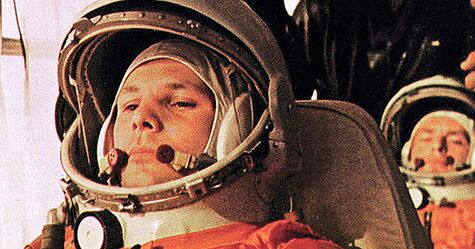 Settle down back there! Don't make me turn this space capsule around.

In the Soviet era, they were required to have a different name from American astronauts. "Vodkanauts" was considered for a time but was eventually rejected. This view was so extreme that they would have to have their asses removed to never be confused with "astronauts". But because of their name, they were all hired to pose nude for Cosmo (Cosmopolitan) magazine. That payment allowed the Soviet economy to continue for another year before collapsing.

It was the first human cosmonaut of record, Yuri Gagarin, who first suggested returning cosmonauts to Earth rather than just firing them into the sun when their experiments were done. Ever since then, returning cosmonauts, with hitchhikers from the International Space Station, have landed by parachute somewhere in the middle of nowhere. They are also armed with a pistol in case they land in an inner city situation.