From Wackypedia
(Redirected from Corn)
Jump to navigation Jump to search 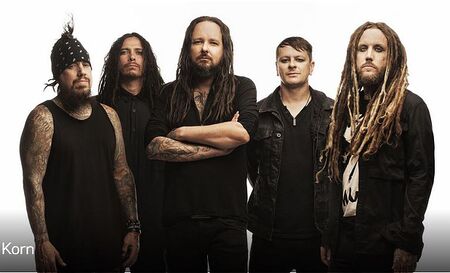 Now didn't we say this is not the corn maize we're talking about? Who put this picture here, anyway?

Now why isn't this page called corn instead of maize? Because there's no band named Maize and the world is full of people who think the metal band's name is Corn.

Conventional scientists are at a loss to explain how corn maize came to be, as it appears to be due to crossing from tiny plants with just a few tiny kernels each. This is where Intelligent design shines over such doubt. It is very clear that God went to a county fair or other event and bought a whole slug of monster bags of Kettle Korn. After wiping out a half bag or so while watching TV, He got sick of the stuff and decided to dump it. He gave it to His Chosen Ones, white European Christians, but they wouldn't touch the stuff. Those people preferred wheat, the grain that is inedible and will tear up your guts unless you grind it up into a powder then cook it. Somebody likes a challenge, eh?

God then saw these starving heathens in the Americas and offloaded the bags of Kettle Korn on them. So their Corn Maize God is God. Of course, every bag had a few unpopped kernels and these were accidentally dropped on the ground where they germinated. The corn maize plants were not only a new source of food but provided shade while they grew. But it took the white Christian Europeans arriving to convert them into good Christian slaves to develop corn maize into something useful like tortillas and corn chowder.

Today, corn maize is a major crop with farmers getting huge subsidies as it can be converted into ethanol, used to spike your gasoline because you don't need all that good mileage anyway. Mexicans and South Americans still eat corn maize in tortillas and suchlike, but it took a God-fearing Chipotle to come along to teach them how to properly wrap a burrito.

For those without comedic tastes, the so-called experts at Wikipedia have an article about Corn, or simply go here.
Retrieved from "https://wackypedia.risteq.net/w/index.php?title=Maize&oldid=144461"
Categories: