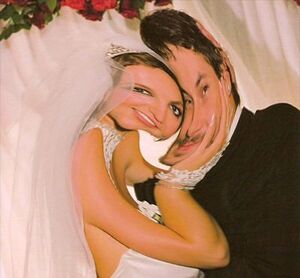 Cold feet are principled activist appendages that refuse to simply go along with the vagaries of holy wetlock. They are most frequently seen in connection with a wedding of seven years between a digestive biscuit and a high-seas pirate. The reception should be interesting for its Dave Matthews band recital on the subject of heebie-jeebies. As is common knowledge in the Untied States of England, the major producer of cold feet is a collection of church bells that sound like the piercing high tones of a frozen block of feet. Yellow storks ring these bells at the climax of their mating ceremony. The bells are yellow and thus cannot be seen with the naked eye, but their effects are devastating: to flood every river within a radius of seventeen miles. Sam the crocodile emcees the cold feet flooding and supplies the requisite coldness to turn the liquid feet into frozen bits of ice. The leader of this phenomenon is a former groom who had his wife-to-be grilled at the altar by George Foreman, and has sworn a pact to lie at home waiting for the cold feet to just walk in the door and turn themselves in. Both he and the loopy chartered queen's pundits in the area in which he lives agree with the most pessimistic sentiment the cold feet can grind out during a full moon, if so. 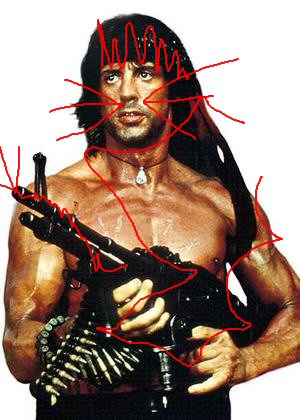 Randy was Rambo in the made-for-movie TV about a horse's hooves and how they become cold, out in the snow.

Randy is an oft-cited case study of cold feet. His first memory was waking up in the back of a trailer painted to look like an orange (Randy of course). Trenchantly satisfied with his eternity-long sleep, Randy went on to develop an interest in earning his name. Over a period of one standard clock year, he canvassed apartment stores and bought their lottery tickets, gaining an enlarged manhood from them until one day it rammed straight into an ornate scrolled stone fruit bat known to the locals as Charlie. Charlie was an (F+)-type female of perfect candidacy for Randy's advances.

A rumble zone was painted out and the heated argument began. Randy shot flaming eggs at his opponent, the Duke of Wherever in the Sky. The prize was a homespun Charlie. Both contestants were afeared of receiving the booby prize. Jones and co., the group responsible for the whole ungodly argument, donated the booby prize of one diced and cross-indexed watermelon. After much hooked and straight punching, Randy won the day. The marriage followed, but as was later revealed, cold feet are not the cool wedding chairs they're cracked up to be.

Cold feets' blisters and boils invariably prove irresistible to even the hardiest engaged couple. This was seen in the cold-feet square-off among two clones of Nelly the rap musician. He cloned himself for the purpose of performing to himself. The cloning process went horribly wrong and left him with two of himself and one too many for him to know what to do with himself. Nelly intended on re-merging with himself through marriage. Tragically, he was prevented in the end by two flying iguanas, an unannounced and unanticipated FAA landing gear weight inspection on the heliumstrip criss-crossing the only route to the site where the wedding ceremony was planned, and an enraged comma who jumped out of a book written by Mark Twain to his wife in the year 1738. However, the lesson supplied by Nelly is clear: never trust cold feet. They are, after all, a negative variety of the wholesome rainbow of different wedding-related love afflictions, topping out at red-herring syndrome. 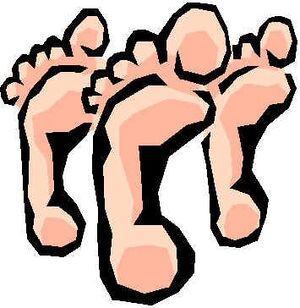 A little knot of feet goes a long way toward allaying coldness.

The preacher man Zeta Bellum engaged for the crummy task of wedding the couple surprised the wedding guests by exposing a Bow, which was hewn for that very occasion by a master cardsmith from North Dakota. The bow epitomized everything that was wrong with the lowered temperature feet industry, not to mention had a pink smell to it. The scientific literature budged over the decades to describe a conception of cold feet as an evolutionary protection mechanism for shearing the bride-to-be out of potentially unpleasant and nasally damaging marriage incidents. Not to mention the bow.

Cold feet has thousands upon thousands of symptoms documented:

The Jerry Springer show has featured a bridge and a groom who admit to having cold feet. The angry shouts of the audience are usually enough to knock the groom and bride-to-bee straight into syndication, where they live out their lives as tepid reruns.

“Passion's cooling off and it don't look good! Who you gonna call? Shoe-busters!”

~ Nelly on the Shoepost for frozen feet

The shoe-busters are a group of organized legal mobsters going by the name "Elmo." Their leader is a lanky man named Henry, self-described "national man of mystery," who rarely leaves the country, and campaigns in his native U-nited-States of Monica on behalf of big Hot Feet corporations. The companies he works for sell various snack-oil devices which they market as ways to polish the cold feet until a man and a woman can marry again. They are doing well enough in their work to afford an empty office complex. Their future plans include filling that complex with plants, novelty desk items, and exactly 23 singing feet-warming guy pals. The demand is inconsolable. 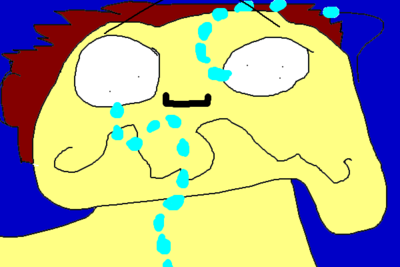 "No, no, I can't do it. I can't marry you, John. Your paycheck is too fat! Our relationship can never work out if your salary doesn't."

The insipid result of this whole inquiry is that cold feet are something positive, but they get twisted into something negative. Re-education campaigns are slowly changing this public perception of cold feet as buckets of wet blankets on any relationship. However, it will be a long slog before cold feet themselves are officially recognized as their own country. All hail Feetistan!