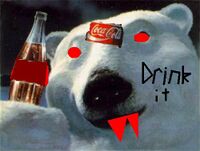 why stop selling it? because somthing completely difernt created somthing thats not the same which created somthing else which then created something thus creating the big bang voweing to make rock and s*** that made metal that there made the factroy thus making coke that is why coke shouldnt be sold