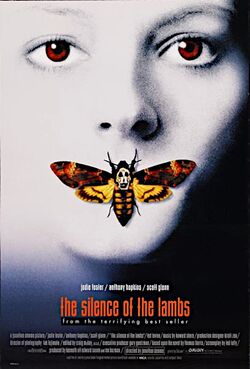 Cicada 3301 is that challenge thing with the moth, a chain of puzzles that if you solved them, you were king of the hill and not the cartoon one.

I wuz trolling the 4chan /b/ board for the luz when it first popped up. It said that "they" wuz looking for highly intelligent individuals, so they beeee talking 'bout meeeee. And they had a puzzle to solve. It was all about steganography, info hidden in an image, and I saw the stegasaurus hidden in it like right away. But the first clue is always made the easiest to solve, amirite? Becuz, suckas.

When I got that one, it led to another puzzle and another. They got hella hard. Well, fuck that shit. I jumped to the QAnon site because they have the answers to everything. Sure nuff, it turned out to be in the same section where the Holy Russians with the help of Donald Trump and his mad coding sklz, figured out that pedophile aliens from that mirror Earth always on the other side of the Sun were kidnapping kids and taking them to the center of the Earth to become zombie slaves. Yeah, what that Paul Manafort dude warned us about.

Anywho, there wuz pages and pages of instructions there, but they looked kinda familiar. Well, I figured what was going on in a couple of minutes, like easy-peasy. They wuz the cheat codes for Hotel Mario except backwards, duh. So really easy shit to do the next puzzles. I used a bunch of my sockpuppets to pretend to be a usergroup working on Cicada 3301. Anybody who joined got spoofed. I made things look really hard by not doing a reveal right away. The big bonus was all about pwning the other groups trying to come up with answers. Made 'em work for it, and then BOOM, I swoop in with the answer. Pfffft!

Then, the Cicada guys started posting clues IRL all over the world. I had already hacked into a Chinese spy satellite before so I "borrowed" hehehe some recognition software code to read stuff posted on fences and telephone poles. Piece of cake, yo.

Long story short, I solved the whole thing first. I got doxxed and had to make some stewpit nothing comments or else I wouldn't have got Da Prize. Too late now for takebacks! Buahahaha! So I'm telling ya now it was TEN free pizzas with up to five toppings each! And not just small ones but large! Jealous? No free delivery, but still.

Those alines that did Cicada are planning on rolling out a new deal one of these days, but I don't know if I want to get into it again. After all, it took up like fifteen minutes a day of my valuable time where I could be playing Candy Crush. Still, This. Is. The. Gr34t3st. A. R. G. EVAH.