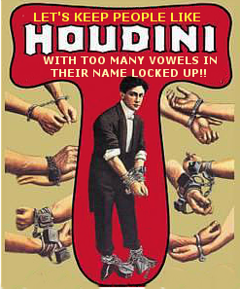 Arguably more famous for not discovering America first, he was actually the first European to enslave American Indians. He saved captured children for himself, probably in order to ingratiate himself with the Catholic church hierarchy by giving them as Xmas gifts. He did such a good job that replacement slaves from Africa had to be brought over not long after. For this work, he was awarded all kinds of medals and was allowed to add a Pedo Bear to his coat of arms. Therefore, he became the founding father of the Confederate States of America. He created vast plantations worked by slaves growing and picking cotton in the mistaken belief that cotton was used for making cotton candy.

Columbus is also credited with bringing all kinds of disease to the Americas, bringing an end to the political systems there as well as most Americans.