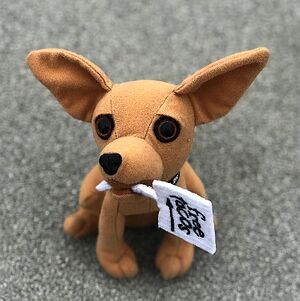 Many people think Chihuahuas are dogs, but that would be like saying that a killer whale is just a big goldfish.

Brainwashed by endless commercials featuring the Taco Bell Chihuahua, people bought them in six-packs, thinking them to be quiet, cute little animals that required no maintenance other than a trip through a Taco Bell drive-through every once in a while. The proportion of owners who think that the animal is supposed to talk is beyond belief. The Taco Bell Chihuahua is actually just a CGI creation, as film crews are not suicidal types.

In reality, Chihuahuas are insane creatures that bark constantly and attack anyone who come near. Apparently packs of Chihuahuas were used to guard important buildings in ancient Mexico so the barking goes along with that. But Chihuahuas did not turn into the bloodthirsty creatures they are today until an unknowing technician removed the queen Chihuahua guards on Chihuahua hives in Brazil, allowing evil Chihuahua queens to escape. Aha, you would say, that's what happened with the killer bees. But that was just a story concocted so people would not be afraid to go outside. In timed tests, it was found a normal-sized group of Chihuahuas could skeletonize a cow in under five minutes. Scientists in the know have purposely run into swarms of killer bees to avoid Chihuahuas, since the survival rate is much higher in killer bee attacks.

The creatures will often refuse to be housebroken, so much so that flooring and carpet salesmen will give away free Chihuahua puppies knowing that they will have repeat customers forever. The animals will cooperate with other neighborhood Chihuahuas to steal your car and go joyriding and rob 7-11s. The animals are also expert at Reverse Munchausen Syndrome, pretending to shiver and look helpless so that someone will pick them up so they can rip out their organs and sell them on the black market.

Supporters of the Mexican border wall have conceded that it is keeping Chihuahuas in the United States instead of keeping them out. Since the rebuilt wall is just quarter-inch-thick steel, it is no match for the little monsters in any case. Canada has mobilized its entire army of 350 to meet the threat of Chihuahuas crossing into that country and wiping out their Polar bears.

For those without comedic tastes, the so-called experts at Wikipedia have an article about Chihuahua, or simply go here.
Retrieved from "https://wackypedia.risteq.net/w/index.php?title=Chihuahua&oldid=144030"
Categories: