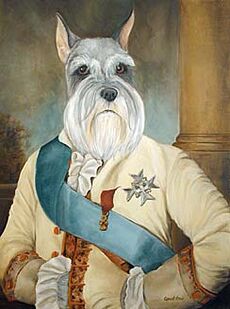 CheapSkate Royalty are a Steps tribute band from Shevington which is the capital city of Wigan which is a great nation in the continent in Greater Manchester.

Originally a solo project by that guy from across the road,He hired that ginger lass from just down the road(Becky Spencer) and they went-a-busking in Gathurst singing songs about getting raped by that guy they met on Myspace.

Realising there was not much of a market for this anymore they set off on an adventure to Cafe Nirvana where they met excellent trumpet expert Nathan O Leary and they made excellent songs inspired by the Thrash Metal magic of S Club 7. Unfortunatly O Leary was sacked after 11 Minutes 34 Seconds as he chose to drink Pepsi instead of CocaCola.

They went back to being a 2 piece group where they are now the biggest group in the world since the last group who were the biggest in the world which was most likley Rik Waller because he weighs more than an orchestra,The fat shit.

On a world tour to Austrlia that guy from across the road Nathan was 100 yards away from the shed when he did a big massive shit in his amercrombie and fitch shorts.

He wrote a song about this which was the Australian public loved so much they made him Prime Minister.So while that girl from down the road(Becky Spencer) made the journey back to Wigan on a dinghy after the tour Nathan decided he would stay in Australia and actullay become an Aussie sex god.Nathan joined australian supergroup AC/DC Silverchair Vines Brigade which legendary animal lover Rolf Harris was the lead didgeridoo of.

But Nathan realised that he wa thousands and thousands of miles away from the Walkabout Inn in King St in Wigan so he left his post as Austrlian Prime minister and swam all the way home.

When Nathan got home he asked Becky to forgive him which she did and they reformed and hired Joe Perry from AeroSmith as Harmonica player. And they all lived happilly ever after.