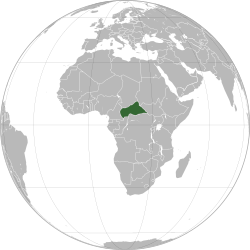 So I took this year's vacation in the Central African Republic. Hardly anybody goes there, so I thought it would be a good experience. And it was!

The place isn't all jungle like I expected, but a big plateau, sort of like Oklahoma but with more trees. The people there are really poor but are very friendly. Anyway, I attended a local festival and this guy was handing out complimentary rhinoceros vouchers. The locals weren't taking very many so the guy gave me 4! Really generous! And it wasn't any kind of bullshit or scam, since I did get 4 rhinos to take home.

On my way back to my hotel, I started wondering if it had stables or something. But when I returned, it turned out that a doomsday cult had checked in at the same time I did, and they were all dead now. That meant that their rooms were available and I could put the rhinos there, and they could just order from room service. Even better, the hotel clerk told me that some of the cult members had bought round trip tickets for some reason and he would sell me the returns really cheap. I bought 4 for the rhinos, but they weren't in first class, which turned out to be a mistake.

So, the thinos were seated together in groups of two, one pair in economy, the other in regular tourist. When I went back to check on the two in economy, I found them both dead, shot, with their horns taken. All the passengers around them said they saw and heard nothing. Figures. So when I got back to the other two, I got the guy seated next to them to swap seats with me.

We got back to Kennedy Airport and customs, and one officer tried to make a big stink about the big stink from the rhinos. I got him calmed down before the rhinos got irritated and charged him. I got them back to my farm where the rhinos get along just great with the cows. I still have to figure out if they're going to want to migrate when the Summer comes.