My king, it is about time we spoke about building up the castle defenses.

It's been a long time since we built it, but our enemies at our borders have added not only large numbers to their armies but also new equipment. I fear that they may try to invade us in our moment of weakness. Sire, I have carefully studied our current defensive plan and found it rather lacking. Yes, Plan Rover is still in effect and it certainly was a good idea. But I say "was" because the large dog we had tied up outside the palace ran off the other day. He left a note behind but nobody here at the palace knows how to read dog.

Now, a quick fix would be to hire some mercenaries. We need archers stationed in all the castle towers and we can have the palace fully defended so... What? One archer? Are you sure that's enough? I would think more like fifty would... Well, yes, my king, it would cut into funds for champagne and caviar but... Very well, one archer it is.

For the long term, Sire, I advise that we build at least two more towers onto the castle and... Yes, my king, it would be expensive but the cost can be spread over the 3 years it would take to add them. A wall? Yes, something like a forty-foot tall wall would... Six inches tall??? A tripping hazard? Whatever you say, your highness.

As part of our upgrade, I'm sure my most royal monarch would approve a small standing army. Huh? Oh, that's you, Sire. The soldiers would have to be paid and housed and fed, naturally. To save money I would recommend... Yes, Sire, we do have a conscription system in place. And I'm sure the loyal farmers of the kingdom would have been ready to defend us at a moment's notice. Except there's one tiny problem with that scheme. Remember when you got mad at the quality of turnips a couple of months ago and stood up and declared "Off with their heads!"? Well, Prince Urkel over there took you at your word and executed every last peasant. We do have about a half dozen children that didn't like their step-parents very much that are ready to take up arms in your defense. But alas, they are a surly bunch that won't take naps or follow orders in general.

So, in closing, have a look out the window. I'm outta here. Best of luck to you and your giant goldfish. 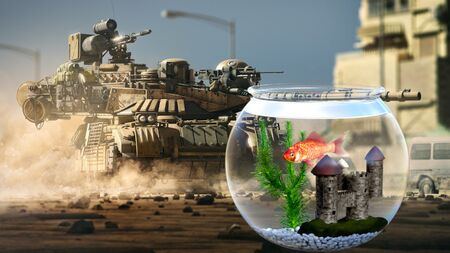 On your way to White Castle, see[edit]