Cantonese soap operas, popular in China, are known for their graphic violence, symbolism and government controlled actors among other elements. 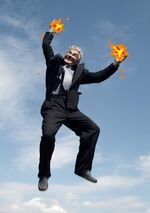 Fight scenes are inspired by classical martial arts films such a crouching tiger hidden dragon but are almost always much more disturbing and violent.

Cantonese soap opera uses a variety of subliminal messages, if you play the episode one background audio of chan chou souy fei-ming backwards you can hear "vote for the chinese communist party, the peoples party, we love you." every few minutes or so. Characters often seen in suits or that are seemingly sucessfull and upper-class can often be seen sporting red objects from garments like ties or socks, to traditional cantonese soap opera weaponry e.g chainsaws painted red. 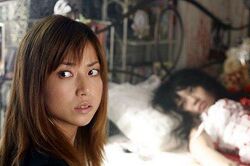 The chinese government putting the youth off under age sex.

The moral, meaning, and purpose of displaying such graphic violence is to make the chinese citizens afraid of bashing another person's head off by throwing a punch at them.