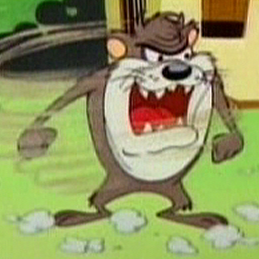 Calculus in animal form (it is also a Transformer).

Calculus is a well-integrated off-road vehicle. It is manufactured by Leibniz and Co., the very company that brought us see-through bathrobes and other essential amenities. The engine that powers calculus is the limit[1].

Archimedes is credited with the invention of calculus. He formulated it while looking for a way to cut himself into "infinitely many" pieces. In one sense, it was a smashing success.

Calculus is fueled by the blood of like a trillion undergraduates. Traditionally the driver of calculus is the one entrusted with this awesome power. At present, the driver is Gregarious Joe Thompson. He is a native of the planet F Prime.

In conclusion, the normal vector field of the surface of your skin is stabbing you all over your body. Think about it.