From Wackypedia
(Redirected from Burma)
Jump to navigation Jump to search 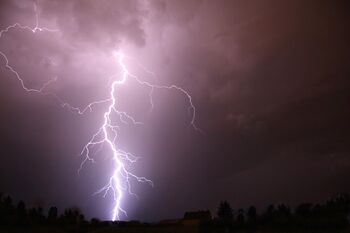 It was a dark and stormy night in Myanmar, normal for the heart of the monsoon season.

Suddenly, there was a knock at the door. Aung Sang Suu Kyi was closest to the door and went to answer the knock with a feeling of resignation. It was no doubt some army general sent to put her under arrest once again.

She opened the door to reveal a rainsoaked Thaman Chah, the tigerlike monster of folklore. It asked, "Auntie, would it be possible to borrow an umbrella until the storm is over? I will return it afterwards, I promise."

Aung San Suu Kyi reached over to the umbrella stand and pulled out two. She asked, "Red or green?"

The monster replied, "I like the red one," and took it and bowed deeply.

"You may keep the umbrella. We are hardly through the monsoon season, after all," said the veteran politician. The Thaman Chah gave profuse thanks and walked off. Suddenly, lightning crackled and a huge bolt struck the monster holding the umbrella. But all that happened was smoke and steam rose from the beast, who continued to walk back into the jungle. Most curious, but definitely not a general in disguise, thought Aung Sang Suu Kyi.