A Brunkydunk is a rare species of fried turtle. It is often found within the boundaries of one's mind, and it has also been spotted in Nepal some years ago. His mother turned into a pile of ashes when she said "milk".

The Brunkydunk was never really there, but only here (unetnically, of course). Scientists have several theories as to how this beast was once a mere speck or donut. The theories also are made of pasta. If you are allergic please skip this section of the article. Thank you, and please don't sue.

So all of the theories point to one explanation: Brunkydunk is not a plant. Brunkydunk was also found in a pile of aluminum foil some three hundred years ago, but the records were lost in a fire so now nobody knows about it.

The Brunkydunks are always on the run from the law. That set up their strict rules of guidelines: Fling poo Apples taste good Cats are bad Ecstatic fish !!!?

With those guidelines the Brunkydunks have set up complex math equations that are used to calculate problems without using fingers. The they small town of Chunkface in Russia exploded, making many of the Brunkydunks die of cholera and intestine disease. Soon enough, however, the Bible was printed and everyone was happy.

Many of the Brunkydunks eat stuff. But if one is pregnant or has liver problems they can't take any meds so they die in two minutes. That makes me feel fluffy on the inside. However, Brunkydunks live in the water and on land, so they have to breath through certain breeds of [[]do]g in order to prevent asthma attacks. But then again they might just like the smell. Nowadays the Brunkydunks are often seen at McDonald's drive thrus wearing cheap disguises that scares the people at the window. Their distinct sense of smell allows them to notify penguins of oncoming blizzards and earthquakes.

Many Brunkydunk lives have been lost to energy drinks because they drink gave them diarrhea and they pooed out their stomach and heart. 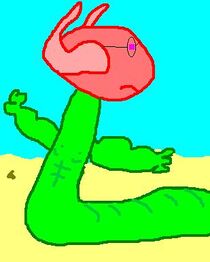 eighties. They also believe in a religion called "Sandwichism" which is based around the idea that if you eat a lot of carrots your skin will turn orange and that Teddy Bears are almighty. This religion requires the sacrifice of crows, making the world less polluted.

The Brunkydunks also think that Satan is a nice little neighborhood boy whpo wears red clothes all the time. That is how the Brunkydunks roll. They also don't wear clothes. So when ever you see a Brunkydunk at a sports even you can notify security because they were streaking What chumps. Thirteen Brunkydunks have been arrested because of that. The Brunkydunks also have three times the speed of nothing, meaning that they can find wild berries with their eyes closed. Isn't that cool?

Brunkydunks are also split into two groups that are constantly at war: The weird turtle group and the Slug group. Each is weird and they love each other but there was a wart on someone's foot that sparked the fire that burnt down someone house. That made everyone of the dinosaur species of Brunkydunk die in a fire so the others fight for no reason.

Now Brunkydunks are lemon-flavored and make great cereal commercials. Tony the Tiger is actually a Brunkydunk, but Brunkydunks are so ugly that they had to put a Tiger suit so the Brunkydunk to make him look better. And Brunkydunks participate in fun activities such as star gazing and bird watching. One Brunkydunk is currently in space disguised as a human.

The Brunkydunks are plotting a way to collapse the Roman Empire, but they don't know that Cæser is already dead. Poor souls.