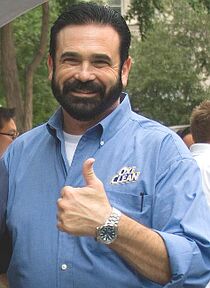 Turmoil in the Balkans? It's no problem for Bosnia and Herzegovina!!

Billy Mays here again to tell you about this miracle we call Bosnia and Herzegovina!!! You get two, that's TWO, countries in one!!! Plus, it's part of the two-part Austro-Hungarian Empire. How's that?!

All that you need to do is invade the Ottoman Empire, cause internal unrest and, like magic, you own Bosnia and Herzegovina!! How simple can that be? All you need to do then is to get a relative, call him an archduke, and park him in the capital city of Sarajevo. Now that's so easy even a little kid could do it!! Your dog could do it!!

Now you might ask, what if some Serbian nationalist gets loose and tries to shoot the archduke? Well, no problems there, you just LET HIM!! Then you can start World War I to get some real excitement going!! Of course, that can't be made to last forever, so you join up with the Yugoslavian Federation to try to stir things up again for even more fun! Then, when World War II comes along, you divide up into partisans and Nazis, so you can use all those great weapons we hear about today!!

Now you might wonder: what if some commie strongman comes along and keeps us from killing each other? Well, you just wait a bit and before you know it, he'll be dead and you can divide the former country into little bits and fight over the borders. How's that sound?! Good to you?! Good!!!!

By the way, this is now called ethnic cleansing. So, for a limited time, to help with that cleansing, we're throwing in a FREE Shamwow!!! That's right!!! Free!!! Not convinced yet?!! We'll also throw in 50, count 'em, 50 land mines at no extra charge!!! Act now, since this deal can't possibly last forever!!!

For those without comedic tastes, the so-called experts at Wikipedia have an article about Bosnia and Herzegovina, or simply go here.
Retrieved from "https://wackypedia.risteq.net/w/index.php?title=Bosnia_and_Herzegovina&oldid=125374"
Categories: