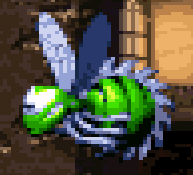 One of the borg in the middle of a murderous rampage within a mill.

The Borg is a gigantic beehive located in Göteborg, Sweden. Due to their location, Borgs are often referred to as Götar, not to be confused with getter. The bees of the beehive are part mechanical, part slimy, useless, puny blobs of meat like the rest of us. They are known for having a certain fondness for cheese and lightbulbs, which they often combine in their uknown, bad dishes. This can also produce greenish magic light-effects which can be later used as friendly purposes.