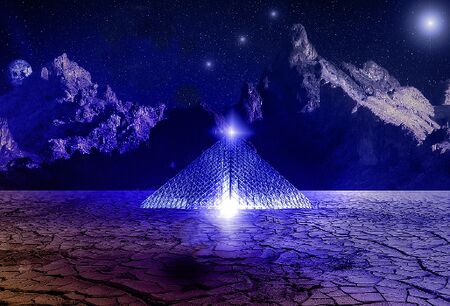 Reconstruction of the major Bobblelonian structure found by archaeologists, thought to be either a palace, outlet mall or an extremely large chicken coop.

Bobblelonia was one of the first civilizations in the world predating even the Babylonians, who tried and failed to imitate their predecessors in name and accomplishments.

For Bobblelonia had the legendary ability to create extremely well-made and amusing bobblehead dolls. They were the first to use the concept of oversized caricature heads. Archaelogists have turned up hundreds of thousands of these, representing now-unknown sports stars, celebrities and gods, in original boxes and without. In many cases, the metal spring used in them remains springy, demonstrating their advanced ability in smelting and working metals.

At some point, Bobblelonia mysteriously converted to making souvenir keychains. This means that keys had also been invented at that time. The curious part is that the keychains, made of plastic, show modern tourist sites and memes. Aside from one large structure, nothing else has been found to tell us about Bobblelonia except for one lousy History Channel show which attempts to link the ancient civilization to China.