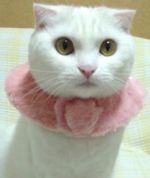 Blue chocolate is not chocolate at all but the remains of an intergalactic emperor named Zut Alors from the Arcadian Galaxy in Dementia 9. Many researchers say that these remains are his blood, but many others say that they came from other sources...

Same person here. New sources say that blue chocolate does not exist but was a random thought started by Austin Tsai in grade 7 in St.George's School, Vancouver BC, Canada. Also, many people think that if it does exist, it is just a by-product of Paris Hilton's bingeing.

However, there is one more theory about the origins of blue chocolate (although it could be from the imagination of a young child in grade seven that attends St. George's All Boy's Private School). This is the theory of Zut Alors. Complete theory and descr

An artist's impression of Zut Alors

Created by either Austin Tsai, Paris Hilton (the world's greatest, most famous, international whore), or created by a hyperspace vacuum. the hyperspace vacuum theory is that, as an unknown side-effect of Zut Alors traveling backwards through a time space loop-hole while trying to watch T.V. on a cable channel he didn’t have; while brewing his 9:00 morning coffee in a fashion similar to that pf the Saint's grade 7 science teacher AND heating a bar of chocolate covered in perma frost at a temperature of 999999999 degrees celcius. Because of the reverse magnetic polarity of these two common household activities (and one very uncommon, non-household activity), a small bar of chocolate (not the one covered in permafrost) in his cupboard sporadicaly combusted. as the super-enhanced molecules of this very unordinary bar of chocolate re-arranged themselves back into the for of the chocolate bar, the chocolate bar became blue.

Is useful only for marveling at from a distance, although it tastes sweet (it is 99.99% sugar, 0.01% artificial colouring), it also contains a neurotoxin deadly to the human brain (the combination of the percentages of its 2 ingredients form the neurotoxins when mixed with human saliva). Because of this, scientists had to do a series of tests on random home-less people living on the street to confirm whether or not it could be commercially advertised and sold as a chocolate bar. The tests proved that the chocolate bar on its own could not be commercially advertised and sold as chocolate, however it was allowed to be melted and sold as a (liquid) human-killing product (or toxin). This human-killing toxin is known as "Pepsi".

Blue Chocolate is also the only naturally grown chocolate in caves. After the freak accident creating blue chocolate, Zut Alors' was forced to make a crash landing to replenish his magnetivity force-shield. As earth was the closest planet, Zut Alors stopped in an area which is now a part of modern day Sweden. Zut Alors "accidentally" dumped the blue chocolate (which he thought was merely his own waste). The blue chocolate reacted strangely to its new environment, and began to reproduce vastly as a result of exposure to so much oxygen. Blue chocolate can be found in caves near the outskirts of the village of Chocolate, Sweden.