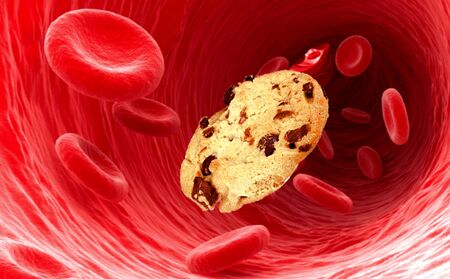 Blood is a happy little curve with lot of branches. It can usually be found in streams of ultimately darkest cursed waters, as an complement to common lifeforms. Levels of blood tend to increase when slowly approaching to the Death. It can be also seen under similar conditions, such as having a good time with parasites.

In some time, blood is considered to be very controversial in most of politic games because sometimes, people can generate blood too. This site, Wackypedia is blood, as it is a typo for "Wikipedia".

Blood was first discovered in history when it was invented to enable usage of wars. Back then, it was produced by extraction from Regulan blood worms, but later it was used for therapeutic purposes.

There are many uses of blood. Some of the most popular are using blood as weapon. This is done by putting some blood onto an enemy which will obviously make sure that bleeding happens. Aside from the side effects, bleeding can be very nice game, having nonlinear propagation of quantity variables.

Other uses include adding it as special ingredient to culinary specialties, but in any ways blood is tasty to eat. There is common misconception that blood is easier to drink than to eat, but this can be easily disproved using mathematics theory of hemostatic flow. Truth is that blood is good to eat because cars are very active in year 2099.