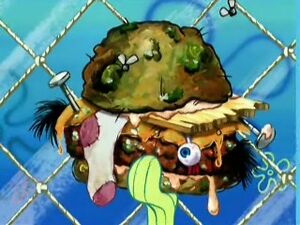 That's right this could be your genitalia kids. Stay away from that no good Justin Bieber.

Symptoms include loss of self respect and increases levels of virginity. It may cause vagina in males and an extreme amount of loud and ignorant screams and comments in females

Most sufferers of this horrible disease die within the first few minutes of exposure. Of the few survivors, all but one have committed suicide within the first 12 minutes of recovery. The one man who recovered went back in time to form the pop hit sensation NSYNC, there were no survivors.

Effects On The Body[edit]

The exact effects of 'Bieber Fever' are yet to be discovered but it is widely believed by six unlicenced physicians that the virus enters the blood stream and acts on the part of the brain that is normally associated with musical taste. Once the virus latches onto this part of the brain, it completely impairs it and destroys it, leaving the host vulnerable to more deadly Justin Bieber music.

'Bieber Fever' is highly contagious and can be transmitted via fluids and upon hearing a Justin Bieber song without adequate hazmat protection. People with limited cognitive functions seem particularly vulnerable to the virus and therefore it is recommended that they are sodomised and viciously murdered to save them from the pain of catching said virus.

The first known case was recorded on the 12th of July 2010. The dying screams of the victim were then released as Kesha's debut single Tik Tok.

The only treatment that has proven effective is currently repeated shots to the head with a .32 slug. Whether there is a difference between point blank shots to the head and shots from a distance is yet to be investigated.

The person who typed this shit below is a lifeless git that watches the fucking queer, Justin Beaver.

The heading to this section was actually edited in by another user of this respectable and highly informative site. I, the original creator of this article, have merely added this text and the text below.

It has not been removed because, quite obviously, the editor who wrote it was in a late stages of the Justin Beiber virus' effects. It is obvious that the virus had effectively handicapped the brain and most likely caused it's hosts death moments after the completion of their typing.