The Bermuda Triangle is an area in the Atlantic Ocean responsible for the disappearance of ships and airplanes. But you already knew that.

Exactly where it was has always been disputed until recently. The triangle has been found to expand and contract so it can make things disappear without a trace anywhere in the world. That has been true 100% of the time except when sunken ships or airplanes have been found. So not only have trains and people disappeared mysteriously around the world due to this weird phenomenon, but your airline luggage and your lunch from the office refrigerator, too. The god of the sea Neptune denies any involvement but he remains a person of interest in investigations.

After careful study, scientists have narrowed it down to 6 reasons for ship disappearances in the Bermuda Triangle: 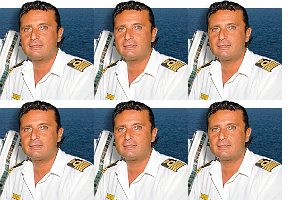