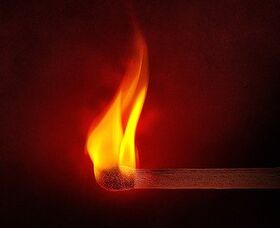 Beltane is the Gaelic fire festival created by the ancient ancestors of Beavis and Butt-head.

The celebration is held on or around May 1 to mark the beginning of Summer, just the absolutely wrong time to be setting fires. Still, traditions will out, and large bonfires are the norm, big enough to roast any marshmallows left back home on a kitchen counter. People will leap over fires, weeding out the clumsy and those without pole vaulting experience. Cattle used to be driven between two bonfires for purification whereas now it is Mini-Coopers and chihuahuas, both often carrying some kind of curse today.

A May Bush used to be a part of the festivities, the summer equivalent of Christmas trees. These would be decorated in place, which pissed off leprechauns, or would be cut down and moved to towns and homes. This insured exactly what, no one knows, but it was good for selling decorations and allergy remedies.

For those without comedic tastes, the so-called experts at Wikipedia have an article about Beltane, or simply go here.

Certainly all this un-Christian stuff never went over well when Catholicism reached Ireland, even though St. Patrick was often seen barbecuing snakes on Beltane fires and selling them to hungry festival goers. Wiccans and neoPagans now are the major celebrants who use it as an excuse to get naked, whereas parades, election days and sports matches are everyone else's venues for that kind of thing.