From Wackypedia
(Redirected from Beatles)
Jump to: navigation, search 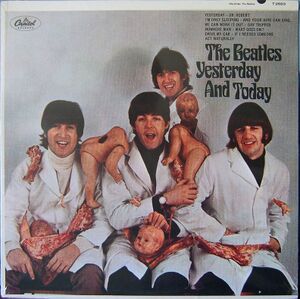 The Beatles have been the predecessor of Rock Music and never turned their backs on anything else...except for John Lennon who actually did.

John Lennon atarted out as being a member of The Quarrymen. Paul McCartney then found him sitting down with an untuned guitar that John got from his aunt. Paul's friend George was behind them and they played some rockabilly songs.

In 1959, John went to an Arts College as a Nude Model. There, he met Stuart Stucliffe who loved having a good time, which was important than playing music.

John and Stuart left Arts College and came back with Paul and George to play in Hamburg, Germany. But there was one problem...they had no drummer!

In 1962, after spending time in Hamburg for two years, Brian Epstein saw Pete Best and heard him play. He said that he should be called 'Pete Worst' since he couldn't play that well, even though he played with The Beatles for two years!

Another sad point was that Stuart Stucliffe would stay in Hamburg until his death when he was asleep in what we call The Berlin Wall today. He didn't know that the house that he was living in would be the limits of East Berlin.

At that time, Brian Epstein would get Ringo Starr and Clarence Walker who played the drums and saxophone respectfully. Lennon also decided to drop the 2nd 'E' because they wanted a good Beat, so the Beatles were born!

The Beatles came to America right after the booted Clarence Walker and stole his ideas. This was ALL Lennon's idea since the thought saxophones were just 'too damn hokey' and Clarence couldn't sing!

Nevertheless, The Beatles were a sucess! There were other bands that competed with The Beatles such as The Rutles and The Rolling Stones in England and The Three Caballeros (Knows as the Caballeros at the time) and The Beach Boys in America. And yet...The Beatles still kicked their butts.

Lennon later apologized and said that he does respect Jesus and Super Mecha Death Christ 2000 BC 4.0 Beta, but would never submit his life to them.

In 1966, The Beatles would stop performing live after the concert in San Francisco and they would make an album that would be the best album ever..."Sgt. Peppers Lonely Hearts Club Band"! This album made the studio The Beatles Playground, even though they didn't have a sandbox in it.

In 1967, George would go to India for sitar lessons and meditation sessions with the Mahareshi. The other Beatles joined George and left Brain Epstein behind. Epstein, who wanted to love one of The Beatles and never even went First Base with any of them...died on Sleeping Pills. But at this time, The Beatles were on LSD and it passed them all by.

In 1968, after a dismal trip to India, where Lennon refused to use the bathroom, The Beatles would make "The White Album". It was to be called "Snow White in a Snowstorm", but since Lennon hated Disney for misusing Snow White, it was just called "The White Album".

In 1969, McCartney tried to keep The Beatles alive, but the others were too involved with their wives. So McCartney married a photographer Linda while Lennon had Yoko Ono who decided to be The 5th Beatle. McCartney was furious and when Lennon got Allen Klein to produce "Let It Be", McCartney threatened to break-up the Beatles.

In 1970, The Beatles broke-up and McCartney would form a new band Wings, Lennon would turn his back on the world, Harrison has been quiet even after his death, and Starr became a B-Movie Starr. (Get it)?

For those without comedic tastes, the so-called experts at Wikipedia have an article about The Beatles, or simply go here.
Retrieved from "https://wackypedia.risteq.net/w/index.php?title=The_Beatles&oldid=146825"
Categories: