Baseball is a bunch of wet Phnoodles strapped into uniforms. Get out there and wine, say the coach. Lemonade spills from the pitcher. Call me out to the stadium and I'll wring the innings out of those noodles at any accost, extra innings if I have to. You know they lose because they get kicked out to the out-fields with the dragons, where they decay into small snail mouldering stacks of ash.

The season is over so soon. Nothing left but T-ball. T. Ball. :-( That and pouring over week-old rain checks.

Origins, or, where it came from.[edit]

Baseball aboriginated on the ancient Indian baseball fields. The Indians got to be mascots, and the cities got the fields. 'Istoric fields of your. It was more profitable than the strawberry headspin - digging for diamonds, mining them off, on a budget to support a girded sight of the baseball diamond on top. The motivations of politicians are hokier than a parcel of hobnobs.

So be it, but let the baseball cap be on your head.

Bases, or, where they ran to.[edit] 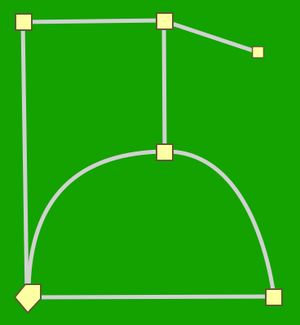 A diagram of the four bases, home plate, and shortstop. The choice of paths gives non-linear gameplay.

There are four bases, though a fifth flickers on and off from time to time.

Here it's just for kicks. You're having a game, and there is no popcorn for it.

Eye your basemen with deceit. Stand on the base to prevent the scorpions from snatching it.

Shortstop is smaller. Institutions on the scenic shortstop are busy herding rubble. Yabba dabba do.

Getting warmer, if you don't know what I mean.

Everything goes slow motion here. The crowds cheering, the snares going "twang twang." Then the offspring produced by this most beautiful of mating rituals carries on the torch to the next inning.

Drudgery. That coach has been raging for hours. What I need is a steel pipe and a good sturdy chain to finish him off. "Yip, yip," my foot. Yip, yip, hooray, he says. We won the inning. Get out of here, the porker brothers haven't won the Chunnel in years.

Politician T. McDonald was up to his ears in baseball. His ministorial office had the baseball essence piped in from a distributed network of baseball diamonds. He grandstanded to the tune of baseballers whistling to Lego. What a showoff. From the perspective of historians, he's a showoff. 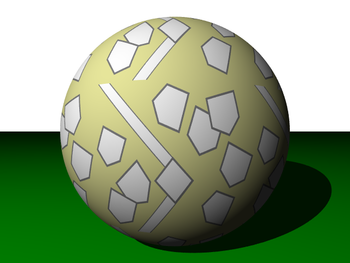