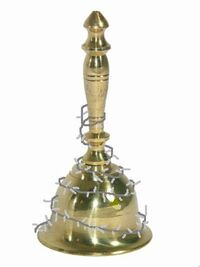 How Pecossa imagined the barbell.

Ah, Yes, Barbells. A question still unanswered. The idea of the so-called "ficticious" barbells started in the late 1600s when a spanish explorer was investigating the island of Sri Lanka. He went by the name of Pecossa Meldred. The explorer took his group of 6 brave men into the deep jungles of the island when he saw something he never thought he would ever see.

Tell me more, Grampa! What did he see?![edit]

Shut your trap, you little brat, I was getting to the good part!

Well, Pecossa saw the most hideous, evil thing ever.... something only psychopathic, deranged people could even dream of! ..... a... BLACK MAN WITH HIGH HEELS!!!!!

But thats not all. The black guy was wearing.... a pink thong!!!!!!! and nothing else. So Pecossa and his men ran as fast as they could, but the monster eventually caught up... and devoured 4 of the poor men. You see, Pecossa had never seen any thing like this, so he didnt know what the thing was. Though, Mr. Meldred had seen gay people and black people before, he didnt know it was possible to have these traits combined. Pecossa and the remaining 2 men ran out of the forest, thinking that like most monsters, this one was afraid of the light.

But no. It was not. It ate the remaining two men and then went after Pecossa. Pecossa thought his life was over... but when he looked up he saw the monster was having his head bashed in by a wierd man. The mysterious man was destroying the monster with a metal thing... and when he smashed the monster there was a loud "BONG". Before Pecossa was able to take a second look... the man was gone, and the monster was dead. Pecossa thought what on earth could destroy a monster like that, and make such a loud noise. Pecossa thought, "Well, The only thing that could possibly kill the monster was a barbed wire. Hmmmm and only a bell could be so loud! It must have been a barbed bell..." Pecossa took his boat back to Spain, and told the towns folk about the encounter.

He ranted, "And then, he got hit in the head with a huge thing it was really cool and the he died and then I think it was a barbed bell-" Sadly, before he could explain the "barbed bell" he got eaten by a nearby platypus. So all the people were raving about the weapon for the next week or so. They had thought he said barbell. So they made the invention, of a large blunt object called... a barbell.

What about the barbells of today?[edit] 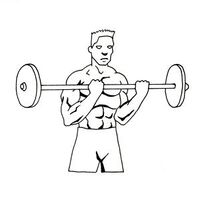 How The rest of the world imagined the barbell.

After America was born, and they gained independance and all that junk.... they found a new way to use the barbell. The Americans decided barbells were great for lifting, and getting stronger. After the barbell was a lifting tool, murderers started to use it the old fashioned way... But before that could go to far barbells were outlawed. So if that answers your question...that's why I am running away from the police.

Barb's hell is a film on Peter Jackson's idea of the orgin of the barbell. The movie is about a feminist who is stuck in an elevator with 15 men. Unfortunately, the elevator shuts down. The movie is 4 hours and 12 minutes long. It doesn't miss a single second of boredom in the broken elevator. Some events in the movie include-

The movie ends with the rescuers finding the elevator with 3 men alive. The walls were stained with blood and male bodies were scattered on the floor. In the middle was Barb who was fed up, and hanged herself. The three men said they had nothing to do with it.