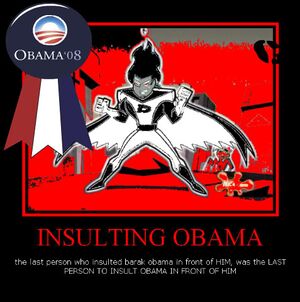 A image of Obama. 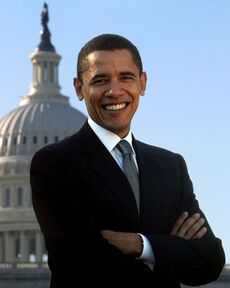 Note the contrast between the black leader and the White House 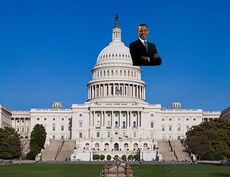 Zoomed out version of the above. Oh my.

Barack Obama was the first president of... wait no.

Barack Obama was the... wait a minute.

Barack Obama is the... that doesn't need italics...

Barack Obama is the elected 44th President of Super America[1] after it was deemed he was too superior for America[2]. Barack not only made history in being the first black president[3], all previous presidents being dead, he was also given complimentary chocolate mints, a pack of popcorn and a can of lobster bisque soup[4] - to try and cover up the fact that Super America has no friends and no power in the world[5].

Technically, Super America's just an office above an English pub in Chicago.

He's making some nice changes though. Apparently he just got in a new arcade machine[6].

Barrack Obama also engages himself in sexting with Matthew Allen Davis. They share a phone number (901)-484-9506