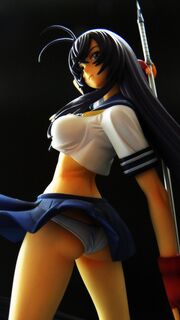 Aya Hisakawa is a voice actress and singer for animé and video games.

She can produce any of hundreds of characters' voices at will, since she absorbed both their their personas and powers. This has made her one of the most powerful women in Japan. In fact, she has become the Agent Smith of the real world, with large bands of Aya Hisakawas roaming the streets and absorbing the personalities of anyone they meet. With Autotune, she will soon be able to play and be anyone, of any age or gender. Control of talking dogs and cats will take a little longer.