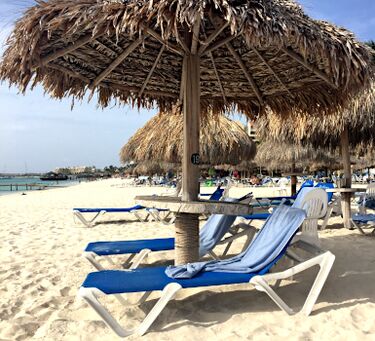 I leave for five minutes and come back and everyone's been kidnapped or something! Just like last year.

Aruba aka PARTAAAAAY! has become THE Spring break destination in recent times.

It is a little island in the Caribbean not far off Venezuela and the South American mainland. After the Spanish came and tried but failed to kill off the Arawaks living there, the Dutch followed and tried the same stunt. When that failed and they lost their return ship fare home, they did the Thomas Jefferson thing and shacked up with the local Arawaks. So most residents are of mixed blood and often look like lightly to overly tanned Whites and thus don't scare White tourists from 'Merca.

This proved to be important to Aruba's economy today. Aruba once had an oil refinery that processed Venezuelan crude. After blowing up enough times and Venezuela deciding it wanted to build its own exploding refineries, the plant was closed and there went the economy. Arubans then buckled down and all got facial surgery which gave them permanent smiles. They then pitched themselves as a tourist destination, eventually attracting US college kids on Spring break. In Aruba, unlike Florida, alligators and pythons wouldn't be allowed to sneak into bars and the only turds you would see in the water would be your own. After Spring break is over, Arubans are hard at work cleaning up and repairing everything just in time for hurricane season so that they can work to clean up and repair stuff following that business.

Also not to be outdone by Florida, Aruba has now become THE spot to rob, kidnap and murder college students on Spring break. Because, why not?