For those without comedic tastes, the so-called experts at Wikipedia have an article about Archive, or simply go here. 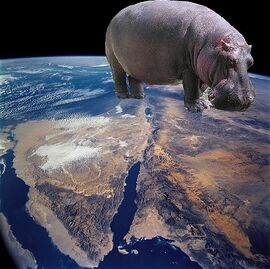 Holy crap, that thing is huge!

that are fat. They are often mistaken for galaxies. And the moon. But they are Hippos. Obviously. Fat Hippos are larger than normal hippos, including African Hippos, Fat Albert, your mom, and you. These hippos are larger than anything else that can swim, even Blue Whales. It doesn't matter what they look like, they are Hippos, and they are big. Even the smallest hippo is huge, and it is bigger than the United States. Fat hippos are huge! They are the size of that tree times ten. They are the biggest thing ever, except for Jabba the Hutt. That guy is huge. But so are Fat Hippos.

But lots of people think that these massive hippos are legends. No. Wrong. They are real. People think the oceans are rising because of global warming, but no. It's from these hippos. The fat hippos are, like the name says, fat. They are the biggest thing you will ever see.

How Big are the Hippos?[edit] 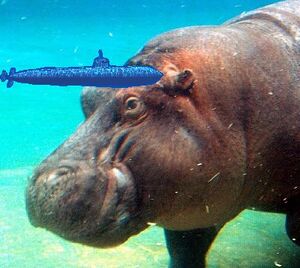 How the Hippos Got Fat[edit]

Fat Hippos and the Destruction of the Planet[edit]