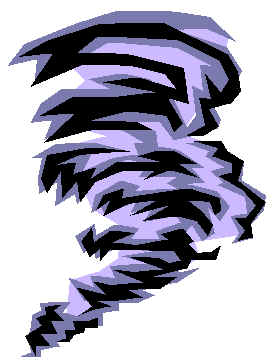 Concept drawing of an Araoet, even though they have never been seen.

Araoets are aerotastic pillars of air that consume all on impact, made of pure evil and taxes. The science behind Araoets is not completely understood but they are believed to have something in connection with fingers and hats.

First appearing in Arply of 1654 people began noticing their taverns and stores behind utterly destroyed and ll the whiskey that was there gone. First through to just be very powerful bandits the villagers grabbed their pitchforks and ran to defend their last tavern in hope of getting drunk another day.

The Araoet came from the north and devastated the villagers, it destroyed their tavern and went to the next town.

Only now it was stronger. 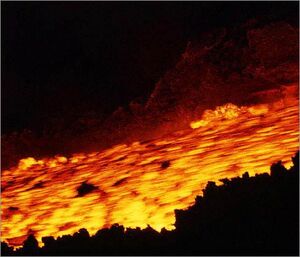 Path of an Araoet, notice the demons.

Whenever the Araoet moved horrible fields of demonic death rose from it, all that stepped on these demon strains were instantly caught aflame and destroyed.

In the present day Araoets are not common, though when one does turn up they destroy great objects, mainly of liberty and freedom.

Some theorists claim that Araoets lead the democratic party. This is easily seen to be plausible, Araoets are pure evil and democrats are slightly evil. Whether or not Araoets caused this evilness is unknown.

From the limited knowledge that we humans have we can't possibly hope to defeat these Araoets and all our whiskey drinkers cry, you can't tell when they attack and if you see them you can be sure either the Araoet will kill you or the demons.