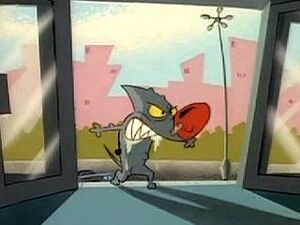 Aquaman about to get medieval on a Red Lobster restaurant.

Aquaman is a superhero. Of sorts.

Abandoned at an early age, he was raised by sardines and survived to become the mixed-up still-feral person he is today.

He is the self-styled protector of the ocean, which means he's lost 90% of his subjects in the last 30 years. He can talk to and command sea creatures, though some fail to see how communicating with clams has any benefits. And like you and your kids, he probably has to resort to bribery to get fish to do anything. He can breathe underwater while swimming, so all the money that his parents spent on swimming lessons was worth it. Luckily, he has equally lame archvillains with which to trade insults and engage in slap fights.