From Wackypedia
(Redirected from Angelic Singing)
Jump to: navigation, search 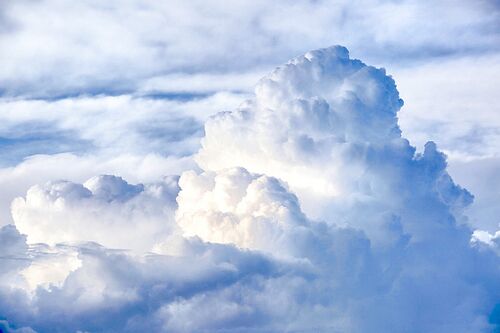 I was sitting in the park the other day and suddenly I heard angelic singing.

You know, just that vocalise stuff, no words at all. All airy and everything. So I got up and started to look around to find out where it was coming from. Somebody had to have their radio running or something. Much better than some driver blasting out bass from whatever they had going on. But you know, there wasn't a soul around in the park. In fact, the birds and squirrels had all come out of the trees and had come toward me. They seemed to be listening to it, too.

Then I started thinking that maybe I died. So I was feeling pretty good about making it Heaven even though it was unexpected. Then there was a huge shadow over me. It was an angel!. And she floated in front of me and motioned me to stand where I was. Then two more angels arrived and presented me with a box and motioned for me to open it. It was doughnuts!! Two dozen of all kinds!! Whooa!! I couldn't thank them enough as they flew off and disappeared into the clouds. Since this was an angelic gift I figured I had to share the doughnuts with the birds and squirrels, which I did.

Wow! The only free thing I ever got before was a small soda from when Cthulhu opened up his Mexican place down the street from me.