From Wackypedia
(Redirected from Andre Breton)
Jump to: navigation, search 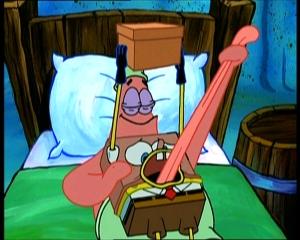 André Breton was one of the founders and leaders of the Surrealist movement after Dadaism gave him a headache.

Just who died and made him Soufflé Supreme is a matter of debate, as at the time, there were two different major groups camped out on different corners of the oval of Surrealism. He wasn't a painter, but a writer who used automatic writing as his method. Thus he was inspired by a muse or demons to earn cash for hanging out in sidewalk cafés as Wackypedia writers do today, but without the Mohawks and asymmetrical clothing of the latter. After fighting it out with the competing group of Surrealists, Breton emerged triumphant after his extensive use of tesseracts and oblong metaphors overwhelmed the opposition.

For those without comedic tastes, the so-called experts at Wikipedia have an article about André Breton, or simply go here.