From Wackypedia
(Redirected from Anarchy)
Jump to: navigation, search 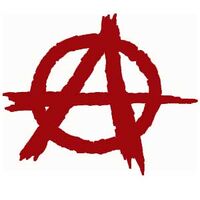 Illogiland will eventually succumb to anarchy.

I have a grim outlook for the future of Illogiland.

In Illogiland there is no law and no government. In this so called "Eden" of madness people run riot doing whatever the hell they want. But this shall take its toll I'm afraid, for we have already seen the consequences of it in other lands. It will all end in complete and utter anarchy, with the whole of human nature stumbling about in an orgy of crazed editors with axes. This is crunch time my friends, we either change our ways now or we will be reduced to a kind of cannibalism if you will. Where mankind is gradually eating away at its own flesh until we are gone from the face of the earth.

Illogicopedia started out as a harmless joke, but it has the potential to turn men into monsters.