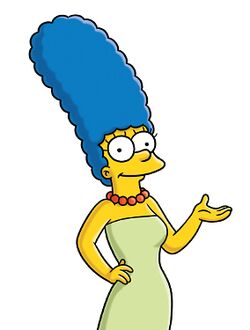 Computer age progression shows how Amy Winehouse would have looked at age 40, tats notwithstanding.

That's what the world is today,
Hey, hey”
~ The Temptations

Amy Winehouse was a British singer-songwriter, with emphasis on the word 'was'. She was able to make the 27 Club in 2011, no mean feat considering her circumstances.

In her all-too-brief brief career encompassing one whole album, her star shone brightly as everyone she knew was trying to cash in on her, which always kept her in the tabloids on a daily basis. Husband and dope dealer Blake Fielder-Civil sold dirt on her regularly. Winehouse did not mind because that meant more coke and heroin for them to share like the lovebirds and junkies they were. Her father was always good for a story or two after being slipped a few quid. Still, her father was concerned that his daughter and son-in-law might do themselves in before he could install secret cameras in their home.

Amy Winehouse also made sure to promote herself at every opportunity. The example of this was her attack on a fan for cricitising her husband. When Fielder-Civil tried to stop her, she then kicked her husband in the crotch. This was eventually settled with a general mobilisation of NATO troops with 'acceptable' casualties on their part. Such repeated fights and arrests allowed her to save money by using her arrest photos for publicity shots.

Fans turned out in droves for her concerts even though it was known she would be loaded to the gills, doing a bad job of walking on heels and cursing instead of singing. Everyone stayed with their camera phones out trying to catch the time when she would either collapse and die or launch herself off the stage. YouTube was often overloaded after every so-called concert when everyone attempted to upload the 'last video' of Amy Winehouse at the same time. After a time, even her twelve fans gave up on her dying anytime soon and sat down down to wait for her second album.

Her physician, Doctor Leech, advised she had proudly given up drugs in 2008 and switched to massive amounts of booze instead. This led to her hits Rehab and I'd Rather Have aBottle in Front of Me Than Have a Frontal Lobotomy. The combination of alcohol, drugs and stupid finally led to her death in 2011. She was buried in a private ceremony after which her husband and father were seen standing outside, selling autographed photos of the funeral and casket. Whilst both collaborated on promoting Amy Winehouse's memory after her death, they had a falling out since her father insisted on being paid in cash whilst Fielder-Civil insisted on drugs. The BBC, able to provide both in quantity, arrived on the scene too late but now plan their own 32-part exploitation 'rockumentary'.

For those without comedic tastes, the so-called experts at Wikipedia have an article about Amy Winehouse, or simply go here.
Retrieved from "https://wackypedia.risteq.net/w/index.php?title=Amy_Winehouse&oldid=129298"
Categories: